“Simon’s Secret” was photographed in 2004, during my “Forevermore” project. It is a constructed image from about 1,000 photos, taken while observing Room #40 at the Hansen Hospital (The Leper House) in Jerusalem. The first version (Room 40 with Red Chair, 2004) did not include the woman sitting on the armchair, also several objects and details in the space have been re-constructed now with different photos than those appearing in the ‘old’ piece. 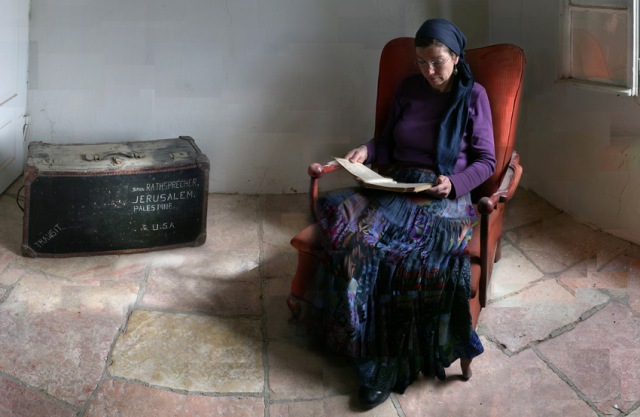